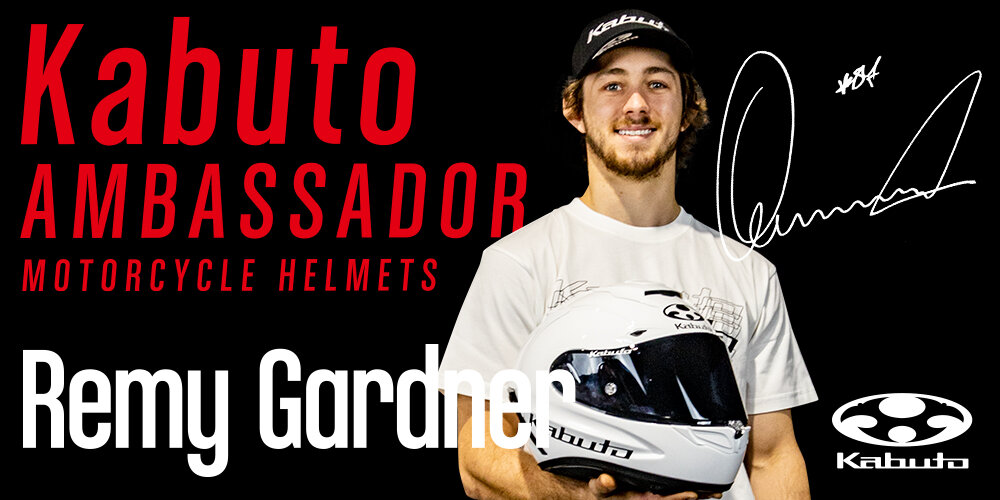 Remy Gardner and OGK KABUTO together will be competing in the MotoGP™ in 2022.

Remy Gardner made his Moto3™ debut in 2014 and moved up to the Moto2™ class in 2016. In the 2021 season, his sixth year in the challenge, he won 12 podiums, including five victories, and became the first Australian champion in the Moto2 class and the second father and son in Grand Prix history to win the annual championship.

In 2022, he will finally enter the MotoGP™, the highest class of the sport, with Kabuto's racing flagship helmet, the F-17. The team will be called "Tech 3 KTM Factory Racing". Please watch out for the challenge of Remy Gardner and the F-17!

For me it's a dream to race in MotoGP™! We have a lot to learn, and a long road ahead. But I can't wait to start!
The first test was like a teaser, and the real work will start in Malaysia!
Hopefully we can fight for rookie of the year and have a good first season!

The products on the website are mainly for Japanese market. Please contact your local distributor for the available Kabuto products in your country.
Product specifications may be changed without prior notice. The photos may differ from the actual color of the products due to image processing.
We do not offer mail-order service nor direct sales.
Kabuto helmets imported via unauthorized distribution